Health Sector Curriculum to be Improved

A panel of experts from various governmental department led by the Office of the President, Regional Administration and Local government in collaboration with Health Ministry, intends to improve the curriculum used in all health education at middle and high learning institutions.

The aim is to observe and adhere to the strong force that will be directed to the correct use of data obtained from all centers providing health care services.

The experts however said, long-term statistics from many centers providing health services had been being collected carelessly and hence remain unused at various levels of decision making.

Speaking on behalf of the director for Information, Communication and Technology in the office of the President, Regional Administration and Local government yesterday, the ICT officer, Melkiory Baltazari, said better profession was the one that translated human development into action and enable the community maneuver.

"We produce a lot of data, but the level of usage of these data does not meet the standards that we especially need at the level of decision-making," said Baltazari

On side, Dr Issa Mbaga, an expert from health ministry, said time had come where the issue of data should be incorporated into colleges providing health curriculum in a mission to build the culture of realizing or noticing the advantages of statistics during their daily pursuit.

However, the director for data use partnership, Jackie Patrick commended government for making a wise decision on curriculum and the use of data in details as analyzed on ‘Tanzania Digital Health Investments Roadmap 2017-2013.’

“We appreciate the fifth phase government for the emphasis it has laid on data usage. We also congratulate the government by deciding to use advanced creativity to build the capacity of health care providers by establishing ‘data use capacity building consortium’ through its project on, ‘data use partnership which is under health ministry and the President office, Regional Administration and Local government,” said Jackie.

Meanwhile, the Ifakara School of nursing principal, Professor Flora Kessy, told reporters that the aim of the training is to eliminate the tendency of working carelessly.

According to the head of Nursing College Ifakara, Prof. Florah Kessy, told reporters that the aim of this training is to eliminate the practice of practice.

"In the current plan, we want all new admitted students and graduates to be lenient with data use as a prioritized subject because it had been realized that most of the students and other health workers collect data and keep them,” said Kessy.

Closing the one-day seminar that also based on the discussion on the results achieved after the completion of short and long term courses for the working officers and those joining colleges, the Assistant Director for health services Dr. Anna Nswira from President Office, Regional Administration and Local government, said currently, a health expert is all that is required in the daily life.

The completion of the curriculum and the implementation in the middle colleges and universities will help strengthen data usage at various levels of decision-making especially when planning. 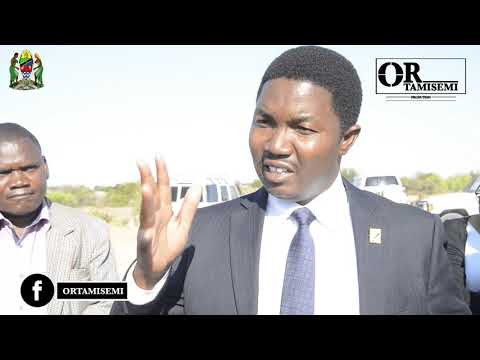